Ioanna Fragostefanaki comes from Greece. She holds a BA degree in Photography from T.E.I of Athens, Greece. Winning a scholarship in 2007 from the Greek state Scholarship Foundation (IKY) allowed her to pursue an MA in Photojournalism at the University of Westminster 2008. Ioanna has worked for the Greek supplement VIMAgazino, participated in the photobook for the East borderline of Greece ‘Kastellorizo’ under the auspices of the General Secretary for Youth and the Ministry of Cultures. She won second prize in Sony Hellas A.E & PhotoNet photographic competition. She has exhibited in the team exhibition Access08 in HOST gallery in London and has participated in several group exhibitions in Athens (8WEST), (Olp) (Cultural centre of the Municipality of Athens). In 2015 she undertook two workshops within the framework of the collective of Depression Era “Out of Self” and “Photography as a Document”. In 2016 she was among the 18 runners up in the ‘Weird and Wonderful’ category of this year’s photo competition of Time Out. Images from her latest project “Requiem for a kiosk” were selected to be displayed at the Reclaim Photography Festival 2017 in West Midlands. Moreover she participated as well with “Requiem for a kiosk” in “Periptero- The culture Kiosk” a lateral project of Documenta 14, in Kassel 2017. 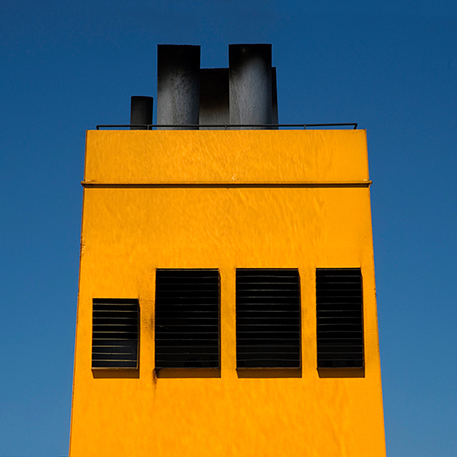